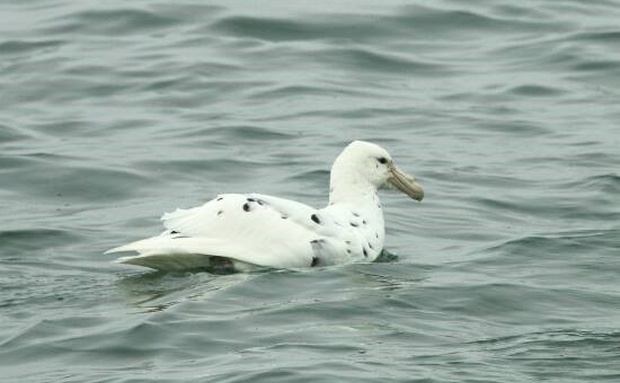 Few people realise that there is a whole new world of strange and wonderful birds just a few miles off shore of Namibia's beaches.

Apart from ornithologists and dedicated birders, few people are familiar with the fascinating world of pelagic birds. Pelagic birds are seabirds that spend most of their time on the ocean away from land. They only visit land to nest. Birders and scientists often know much less about the pelagic birds in their region than other species, meaning there are still lots of exciting things to discover. Examples of pelagic birds in the Walvis Bay area include several species of Albatrosses, Petrels, Skuas, Prions, Fulmars and Gulls.

Pelagic birds differ from other birds in a few important ways. They have exceptionally long, thin wings that allow them to fly for long periods without rest. Some can stay aloft for days or weeks at a time, and will even sleep in flight.  True pelagic birds only return to land to nest and breed. While they may land on the water's surface to rest occasionally or will float briefly after hunting and feeding, they can spend most of their lives in the air.

Many pelagic birds have special salt glands that help extract excess salt from their bodies. This allows them to drink seawater and ingest water from their oceanic prey without accumulating toxic levels of salt in their bloodstreams.

Some pelagic birds are adept divers and will plunge into the water to catch prey, while others skim the surface after shallow-swimming fish. Others steal prey from other birds or even seals.

Our excursion to the continental shelf between 20 and 25 nautical miles west of Walvis Bay often brings guests in contact with extremely dense concentrations of pelagic birds. Even tough the superabundance of pelagic birds reaches a climax during the winter months of May, June and July when southern breeding birds visit the nutrient-rich waters around Walvis Bay, guest are never disappointed be it summer or winter.

We depart from the Catamaran Charters offices at the Walvis Bay Waterfront at 08h00. Our first leg takes us out into the bay heading offshore in a westerly direction. This course takes us past Pelican Point with its landmark lighthouse and resident colony of 60,000 Cape Fur Seals. During out two-hour journey to our destination, guests get to sit back while we serve coffee and tea. There is a good chance guests might get the opportunity to see some of our marine wildlife, perhaps even one or more of the Marine Big 5.  Regular sightings include one or more species of dolphins, the peculiar looking ocean sunfish (Mola), a leatherback turtle or two, and from July to November, even whales. Both Southern Right and Humpback whales frequent these waters during the annual season.

During our two-hour cruise at 20 to 25 nautical miles offshore, guests will experience significant numbers of pelagic and near-pelagic birds such as Cape Cormorant, Cape Gannet, White-chinned Petrel, Sooty Shearwater, and Shy and Black-browed Albatrosses. Other regular sightings include Sub-Antarctic Skua, Northern and Southern Giant Petrels, Yellow-nosed Albatross, Wilson's Storm Petrel and Broad-Billed Prion. All throughout this journey, our on-board guide and pelagic birding expert will point out and explain the various sightings.

We serve a scrumptious lunch consisting of local oysters and various delicious morsels as well as small pastries on the way back from the open ocean. Guests also get to choose between various alcoholic and non-alcoholic beverages as we serve crisp sparkling wine, Namibian beer and various soft drinks.

The excursion ends back at the Waterfront at 13h00.

·         From July to November the prospects for whale sightings increases significantly. These commonly include sightings of Southern Right (Eubalaena australis) and Humpback (Megaptera novaeangliae) whales. 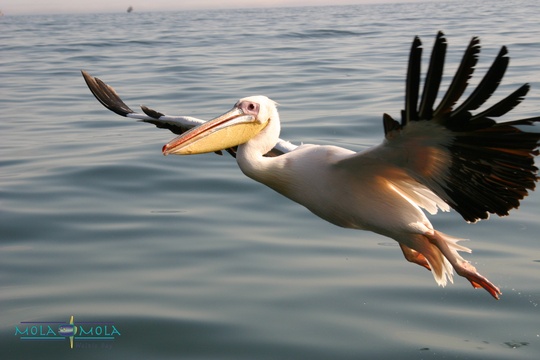 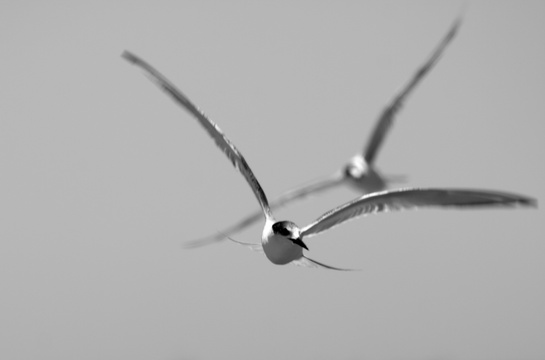 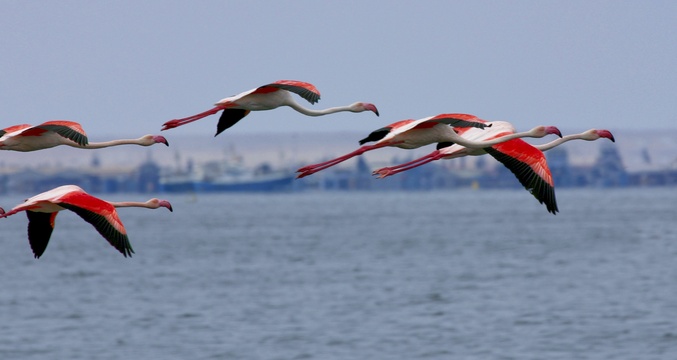 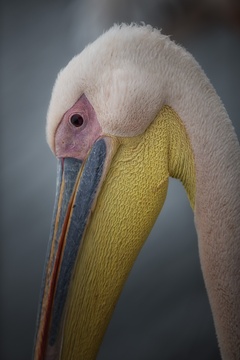 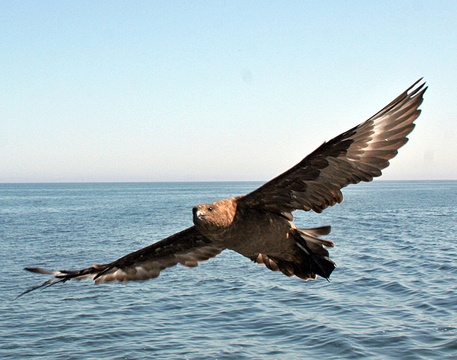 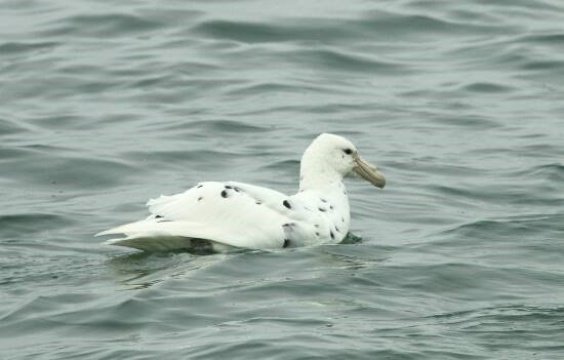 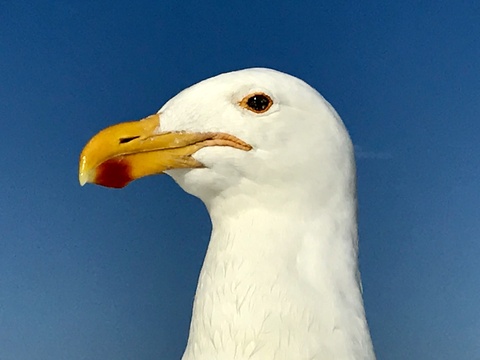 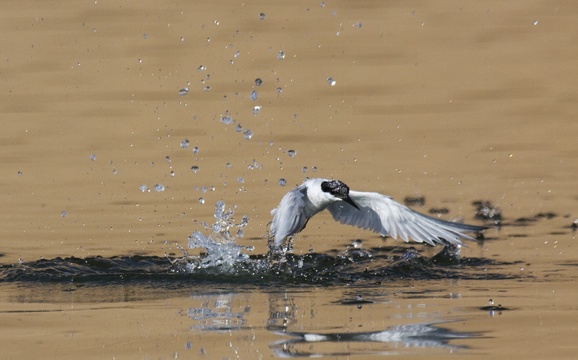 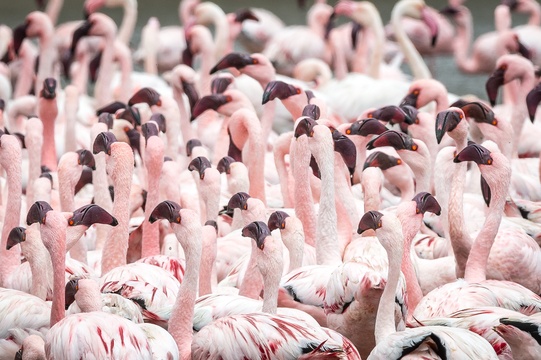 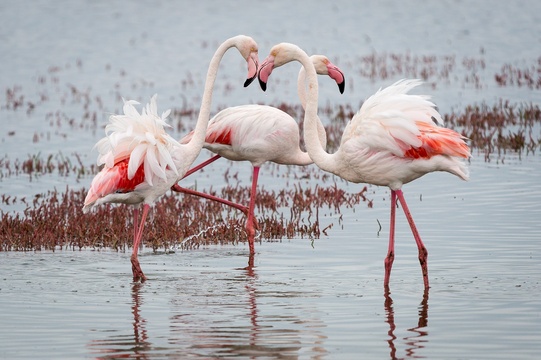 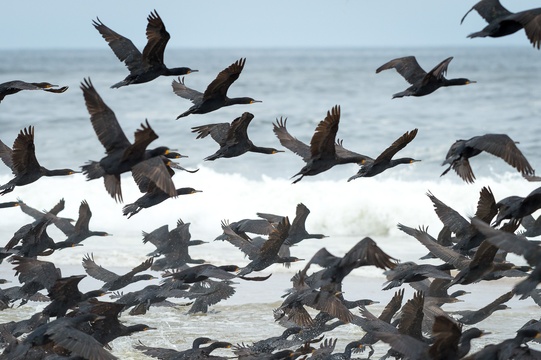 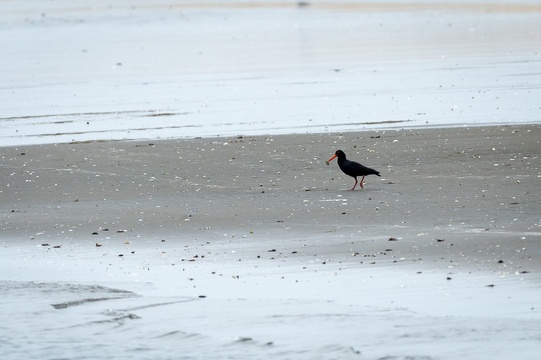 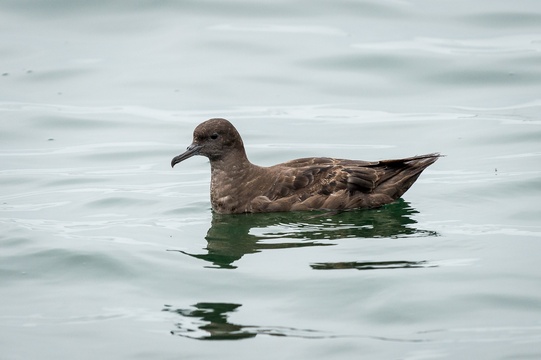 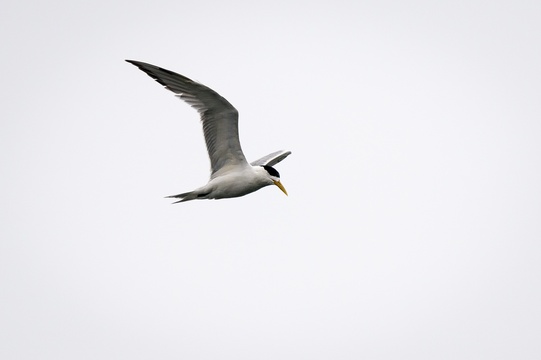 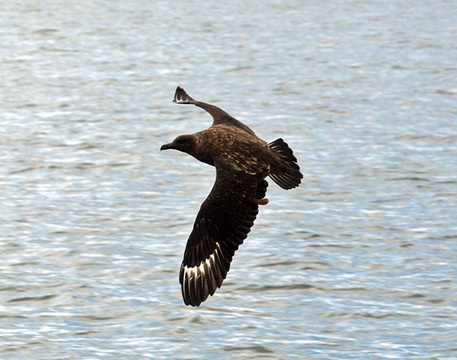 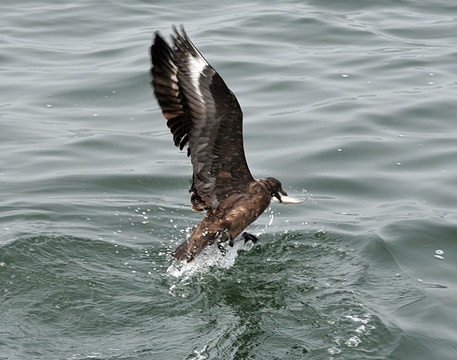 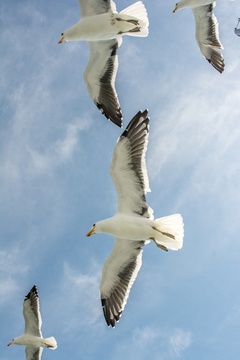 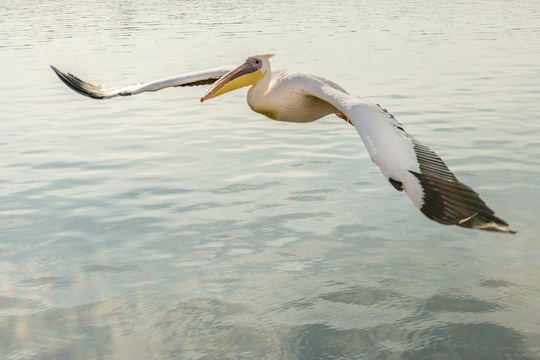 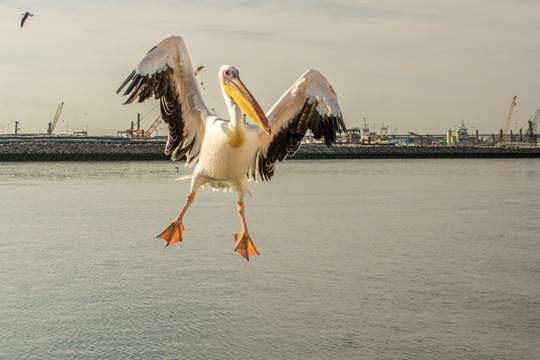 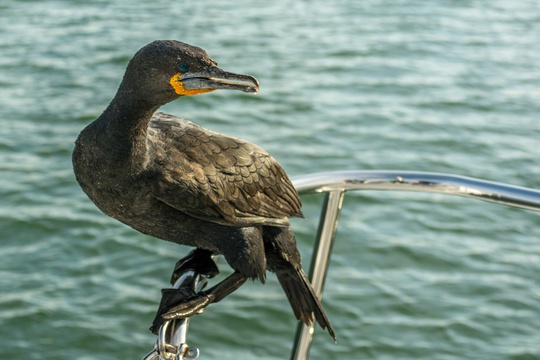 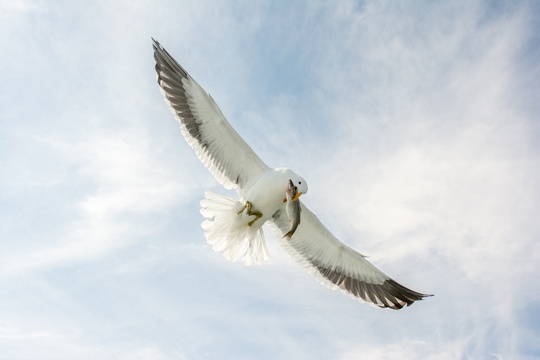 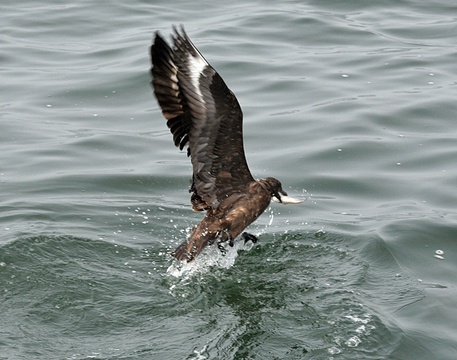 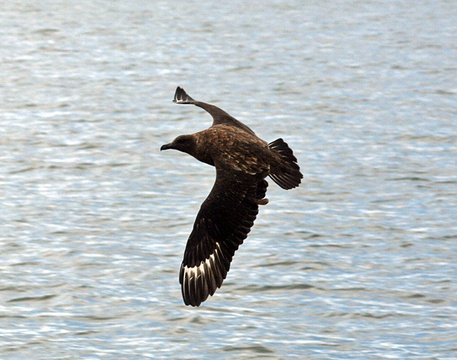 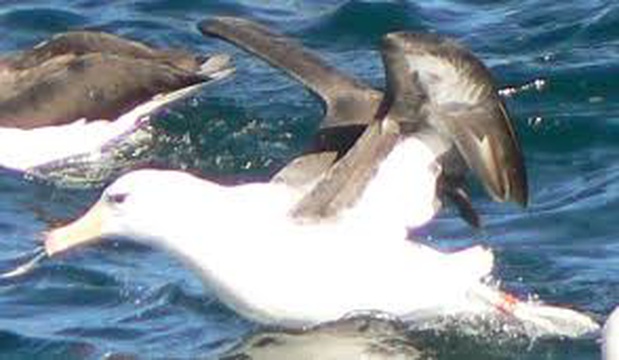 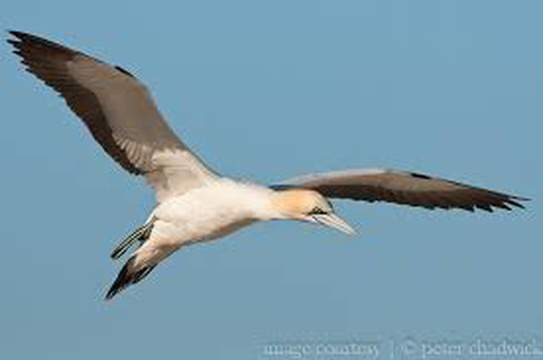 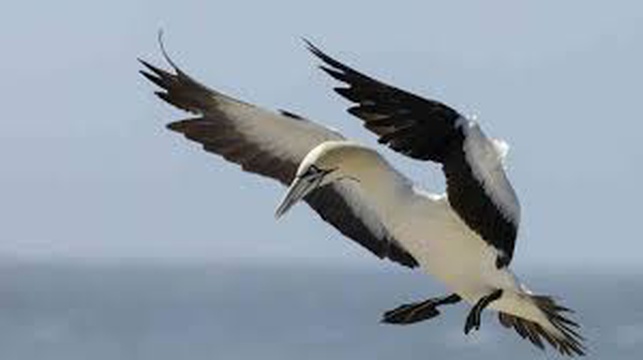 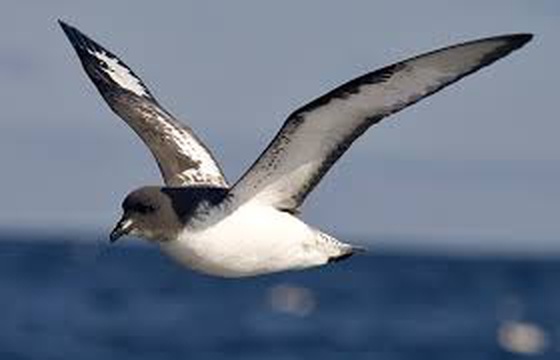 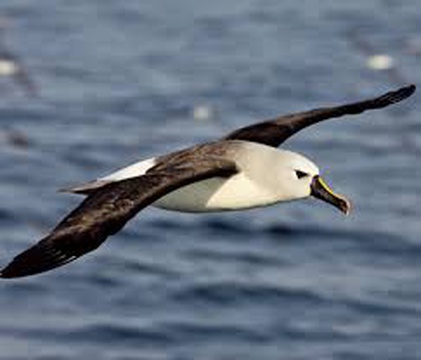 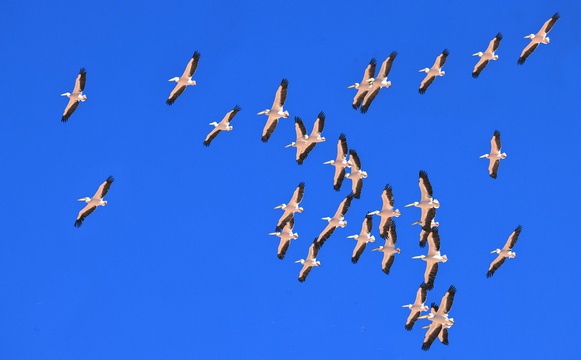 We depart from our offices at the Walvis Bay waterfront at 08h00 on our powered catamaran and head out of the bay offshore in a westerly direction.

During the two-hour ride, while sipping hot coffee and tea, we pass Pelican Point with its landmark lighthouse and 50,000 resident seals, and may encounter bottlenose, heaviside and dusky dolphins, mola, leatherback turtle or even a southern right whale or two.

We spend about two hours 20 to 25 nautical miles offshore, where even the casual birder is bound to see a sprinkling of Cape Cormorant, Cape Gannet, White-chinned Petrel and Sooty Shearwater, Shy and Black-browed Albatrosses, with regular appearances made by Sub-Antarctic Skua, Northern and Southern Giant Petrels, Yellow-nosed Albatross, Wilson's Storm Petrel and Broad-Billed Prion. Our pelagic birding expert will point out and explain sightings.

Back to Catamaran Charters HQ

During our journey back to the waterfront, lunch consisting of oysters, a variety of savoury snacks and desserts, accompanied by sparkling wine, light drinks, cooldrinks and water are served. We arrive back at the waterfront at 13h00.

Please email us for a booking enquiry.

We specifically also cater for vegetarians and persons with gluten sensitivities or other allergies. Please advise at time of booking.

Please advise at time of booking if a special occasion, such as a birthday or anniversary, is being celebrated on board.

Kindly note that any transfers/pick-ups are not included in the activity rate - however, it can be arranged at a small additional charge.

We regret that pets can, due to the nature of the excursion, not be allowed to join.

Dress: Flat shoes and Comfortable clothes. It can be a bit cold in the morning before the sun comes out, please bring something warm.

Fitness Level: Please advise in advance if you need any physical assistance. We do cater for persons with disabilities.